Sitting on cloud nine looking down and cloud eight hoping I can go back there but knowing I do not belong.

Sitting on cloud nine looking up at cloud ten knowing that if I ascend I will lose myself.

Dancing on cloud nine hopping my footsteps will wake up the sleeping faithful;

Rolling around on cloud nine sending puffs of cotton across the sky with a message of living for the moment.

Sleeping on cloud nine dreaming of clouds one through sever, praying for clouds nine through fifteen wanting them to combine so all dreams become one.

In the rainforest, where the clouds hang over the trees, green and white creating a floating silver lining just above the tree tops.  Green leaves sparkle as the grey light bounce off their dew sprinkled surface, monkeys sing in response to the chatter of the parrots. In some parts of the forest, the leaves are green cold, as mother’s eye attempt to escape the clouds. The scent of the soil fills the air, nature on simmer. Straying flower petals glides through the underbrush using natures transportation, settles in the yards, on the dirt roads and on the galvanized roofs. 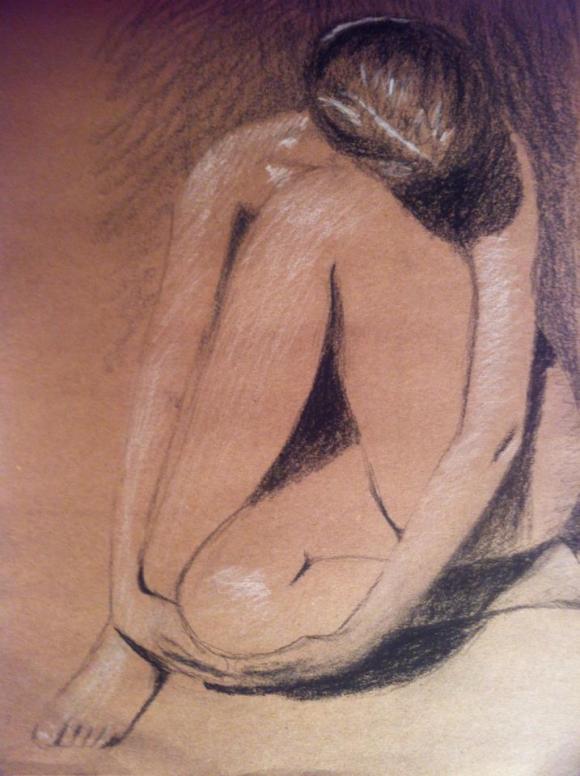 Alone can sometimes be a beautiful thing
Left with your memories
Those that flash before
Like stories from a classic novel
Ideas forgotten, revitalized in solitude
Thoughts that drift as if in a slow motion tornado
Hidden by the debris of logic
Blurred by the lust for understanding
Alone with the cloud of expectations
Satisfied in the confusion

Walk in the rain down a path, feel the mud hug you toes, hear the suction of the mud against your feet. Feel the rain hit the top of your head sending a waterfall of coolness down your shoulder. Walk until the path becomes rocky, and you can see your footprints on the rock’s surface, and the darkness of the forest turns to the gray light of a cloudy morning. Here you stand, looking past the village, the beaches, the ships in the harbor, you look out to see. Here is where you will stand waiting for the next storm to form over the ocean. 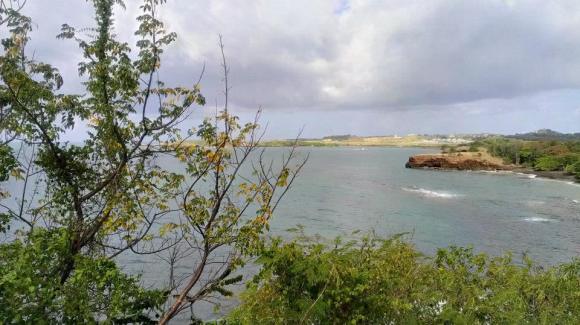 First light, first breath, first taste, first melody you heard, first laughter, first smile, first annoyance, first wave washes ashore, first swim, first sliver cloud, first raindrop. Its a new day, you wake and every moment you experience is a first for that day, even though it is the same as yesterday, its a different sensation every new day.

Make you laugh until you cry

Walk across the sky at night

Dance on a cotton candy cloud

And on that day, when I kiss your pain away

The sun and the moon will dance across the blue sky

The stars will blink a symphony

The planets will sing a chorus

And I will be at peace with the universe.

When they got to the middle of the field they were greeted by a hot breeze that swept across the field shaking the Lilies a little. Akosua stopped and looked around. The blond woman bumped into her, her blue eyes popped out with fear, sweat rolled down her tanned face. The two warriors bumped into the women.

“Did you see something?” One of them asked. The women’s breathing was heard over the sudden silence. The sound of wings flapping echoed, but there were no birds in sight. A grey cloud floated menacingly towards the sun, crows squawked and buzzards hovered. Kwao realized that they had stopped so he turned around and walked back to them.

“What is the problem?” he asked, Akosua raised her arm and he stopped and looked around. A quiet laughter echoed through the field. A whimper escaped the blond woman’s mouth, she was visible shaking, her eyes red from being in the heat.

“Congo Savanne,” Akosua said. The warriors lifted their spears and formed a protective triangle around Akosua and the blond woman. The dark cloud had almost covered the sun, small beams of sunlight escaped through. They shined down on the field like rods of gold. Muffled footsteps raced across the field, and the lilies began to flatten in a circle around them. Kwao and the warriors looked around, their spears held above their heads. The clouds slowly covered the sun causing the sunbeams to disappear one by one. It was dark and silent until buzzards flew overhead, their bodies’ dark against the grey sky. Wolves howled in the distance, they sounded almost human. Suddenly a powerful gust of wind hit them and they were knocked to the ground. The blond woman screamed as Kwao and the warriors struggled to get to their feet. When they did, they saw the blond woman being dragged away by a man wearing white.

“Just like I thought, Congo Savanne, he must be hungry. We need to save her,” Akosua said, Kwao turned to her defiantly,

“Why should I risk my life for this Kindoki?”  He asked, Akosua did not respond, she reached out and took the machete from the belt on his waist and ran after Congo Savanne. The other two warriors ran after her, their spears at the ready. Kwao hesitated but followed.

Congo Savanne had the woman by her hair as he dragged her through the lilies creating a trodden path through the blossoms. They reached the end of the field and entered the jungle. Akosua stopped and looked around, there was dead silence. Then ahead of them, partially hidden by thick leaves, Congo Savanne stood,

“Who do you think you are, if you had let that sacrifice be done I would have been fed now am angry and hungry. Walk away this is none of your business witch,” he said, the blond woman screamed but Akosua did not see her.

“You will never rescue your people. The Ligaroo King can conjure up any spirit he wants. He can make good Loas like your Yemaya do his biddings.  He will destroy you and your pathetic little village.” Congo Savanne said. His voice so loud the tree shook a little.

“The Bokors were weak; they could not handle the awesome power that we possess. The Ligaroos will never turn their backs on us. They were smart to call on us to fight you. Together we will destroy you. The Bokors will pay for they betrayal. They should have never formed an alliance with you.” He said as he threw his head back and laughed. Off in the jungle, the blond woman scream. Akosua looked at Congo Savanne, his eyes shifted from left to right as he smiled like an evil, mischievous child. Akosua closed her eyes and there was silence for a second. The woman screamed again and without saying a word Akosua took off running. Kwao and the warriors ran after her. She used the machete to cut branches that was in her way. She ran in and out of the changing light as the grey skies turned white and the sun began to reappear. It was as if Yemaya was giving her light to see where she was going. Kwao tried to keep up with her and was surprised at how fast she ran. Akosua disappeared into a thick grove of trees. Kwao followed her, his spear ready.

Save me a spot, where I can daydream of walking on a cloud of fire.

From the outside looking in, floating on water, suspended in clouds.