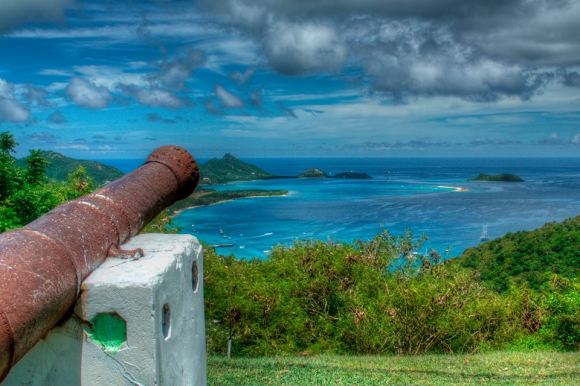 The greatest time of mankind’s existence is not in the past, nor is it in the future, it is now because we are alive. Now

They say that time waits on no man
But when the present follows the past
Oh a stretch of road in rural Ohio
History repeats itself in that moment.

In the crevices of a consciences

In the hearts of foolish men

In the trigger fingers of uncertainty

In the boots of frightened young men

In fields of foxholes

In a humanity afraid of what is different

In the souls of the uninformed

In the eyes of the beholder

In the mouth of sooth Sayers

In promises kept and broken

In the lives of the less fortunate

A rainbow in black and white

Hope floats away on emerald waves

I used to go to these old sites, where time tries to hide the past with shrubbery. I would stand there and close my eyes, that to relive history, just so I can see first hand what really happened. The British, the Spanish, the French. The Arawaks, the Caribs, the slaves. Is history as it was written, as we see it the same from them, if only I could see it in their eyes, feel their emotions. I would stand there, feel the Trade Winds brush against my face. Like the ghosts of the past touching me, sending chill down my back. I opened my eyes as a plane flew overhead, and for a moment I am caught in two different centuries, and for a second I had to decide where I want to me.

The man pushed all his weight down and the knife slowly came down to Henry’s face. The attacker’s face was covered with mud and had small cracks from where it had dried from him sweating and being in the heat. Henry moved his back grated against small rocks in the ground beneath him. The man’s whole body was covered with mud and some spots were wet from him sweating. Henry looked into the man’s eyes. It reminded him of the day his uncle died.  The man, his body covered with mud, with eyes like his dead uncle, stared at him. That memory sent a wave of fear through him and he strained as the knife got closer to his face. His heart pounded so hard he thought it would explode. Sweat poured down his face and his head rested on a rock as he scrummed and twisted to get away. His attacker growled like an animal.

The knife’s tip touched Henry’s face and he felt his skin begin to break as blood ran down the side of his face. He closed his eyes and tried to muster the strength to push back. Just when he felt the knife going deeper into his flesh his attacker was suddenly pulled off of him. He opened his eyes and saw Adofo standing over him, his hand stretched down. He grabbed it and Adofo pulled him up. Henry looked around for a second. The sounds of battle filled the jungle, screams, grunts, yells, and the sound of metal against metal echoed around the trees. He wiped the blood from his face and looked at his finger. The crimson red felt sticky between his fingers. He searched the ground for his machete and found it.

Henry reached down, picked it up and charged at the nearest attacker. He knocked the man to the ground and swung his machete. The man rolled out of the way and the machete hit a rock sending sparks into the dirt. The attacker got to his feet and rushed at Henry. He side stepped and swung the machete, hitting the man in the back of the head with the dull end of the machete. The man stumbled and fell, but before Henry could make sure the man stayed down another attacker jumped on his back. Henry spun around sending the man flying through the air. He landed on a tree trunk with a thud then fell to the ground and lay still. Henry turned to find another attacker, but stopped when he saw Akosua, machete in hand, battling one of the attackers.